The Sex and Autism

I think it’s time we talked about this. Sex. And autism.

(Somewhere in southern New Hampshire, a dark-haired dentist just fell out of his chair.)

Listen, I’m not embarrassed about sex. It is natural. It is ordinary. It is normal, and in many cases it’s brought forth beautiful, annoying, messy, loud, impatient children.

It all started with this conversation a few weeks ago.

Jack: What is this SEX all about?

Joe, halfway out of his seat: I need a drink for this.

Joe: You should only have it with your wife.

Jack: YOU HAVE DONE SEX?

Jack: When? When you go to RESTAURANTS on SATURDAY NIGHT and we have a BABYSITTER?

We didn’t tell him everything, of course. I mean, I was afraid his head might actually explode—that the neurons and synapses and whatever parts of his cerebral cortex responsible for processing information might start to smoke and catch fire.

I mean, we’re talking about a boy who would rather bump into the kitchen counter to avoid brushing his arm against mine. A boy who has never, ever even one time by accident or when he was dozing off to sleep or crying because he hurt himself, reached for me with both arms or kissed my cheek goodnight.

He’s never told us he loves us. Not once.

I could return from a faraway trip to Antarctica where I spent the last eighteen months doing whatever people do in Antarctica and I can guarantee the second I walked in the door, Jack would walk past right past me.

And he’s young. I mean, he’s not physically young—his 12-year old body is beginning the long, jagged ascent into adulthood and hormones are starting to skyrocket through his veins or his bones or wherever it is that hormones travel.

But his mind and his heart are slower. I would say his emotional maturity hovers around that of maybe an 8-year old. I mean, yesterday he spent forty-five minutes perseverating about why the green Crayola scissors are better than the blue ones.

Speaking of minutes, not five minutes ago he was a toddler with less than ten words to his name. We had to get services. We had to pay for speech therapists. We had to coax sounds from his mouth the way you coax a stray kitten to drink milk.

And now, he wants to know about sex, or the sex. We told him just enough. We told him the privates are involved, and it’s usually the way two people make a baby.

“Is it fun,” he asked with his eyes narrowed.

Jack got up from the table, crossed his arms, and marched away. “You are. Disgusting.”

The next afternoon he started in on me as soon as he stepped off the bus.

“So you secretly had THE SEX without us knowing.”

“I guess. Come on, let’s talk about this inside. I made cookies for snack!”

But he was not interested in redirection. “When was the last time you did it.”

“Does it take like fifteen minutes. Or an hour.”

“Do you have to hug the person.”

“Are you allowed to do it. With your clothes on.”

He stood with his hand on the doorknob. “If I have to do it. I will keep my clothes on.”

I’ve started running outside again. When I run, I think about a million things; whether or not we need peanut butter and if Charlie is ready for a sleepover and how I need to stop for gas on the way to Target.

After a winter of yoga and treadmill work, my endurance on pavement has plummeted, and after a few miserable runs where all I could hear was my ragged, gasping breath, I decided I needed to listen to music.

The next morning I grabbed my phone and some ear buds. I walked down the driveway and looked over my playlists, when I noticed one called Jack’s 2016 Hits, except it was all in capitals so it looked liked JACK’S 2016 HITS.

Winding slowly through our hilly back roads, I listened to the music he’d downloaded. I smiled when Prince came on, followed by the Beatles, and after that, Meghan Trainor.

I thought about the way, for the first time ever, he has started to sing out loud in the car and in the shower. He knows every single word.

Through my green ear buds streamed the time-worn story about Tinkerbell, and Captain Hook, the sisterly affection of a girl with yellow hair and a boy who never wants to grow to a man.

I stopped at the top of my street to my breath and I checked the time. It was 10:37. Across town, in a two-story school with a brick front, Jack was in gym class.

I wanted to keep running until I ran all the way to the school and walked into the big, loud gymnasium full of sixth graders. I wanted to scan the room until I found his face in the crowd. I would know that face absolutely anywhere; the way it is a little round with a slight cleft in the chin, the way his glasses bend just so around his ears and his hair is short like a crew cut.

I wanted to kneel before him on the shiny wood floor, and take his shoulders in my hands, and tell him that I see now. I see it’s not about the sex or whether you wear clothes or want to make a baby.

It’s about childhood, and ambiguity. It’s about standing, stranded, in one world, and trying to figure out how to give a kiss goodnight.

With my hands on his shoulders and my knees on the ground, I would whisper gently in his ear.

Jack, you are a song out loud, a smile from the moon, a lost boy who has been found.

She is your Wendy. And we, your forever never land. For this, you will never be lonely. 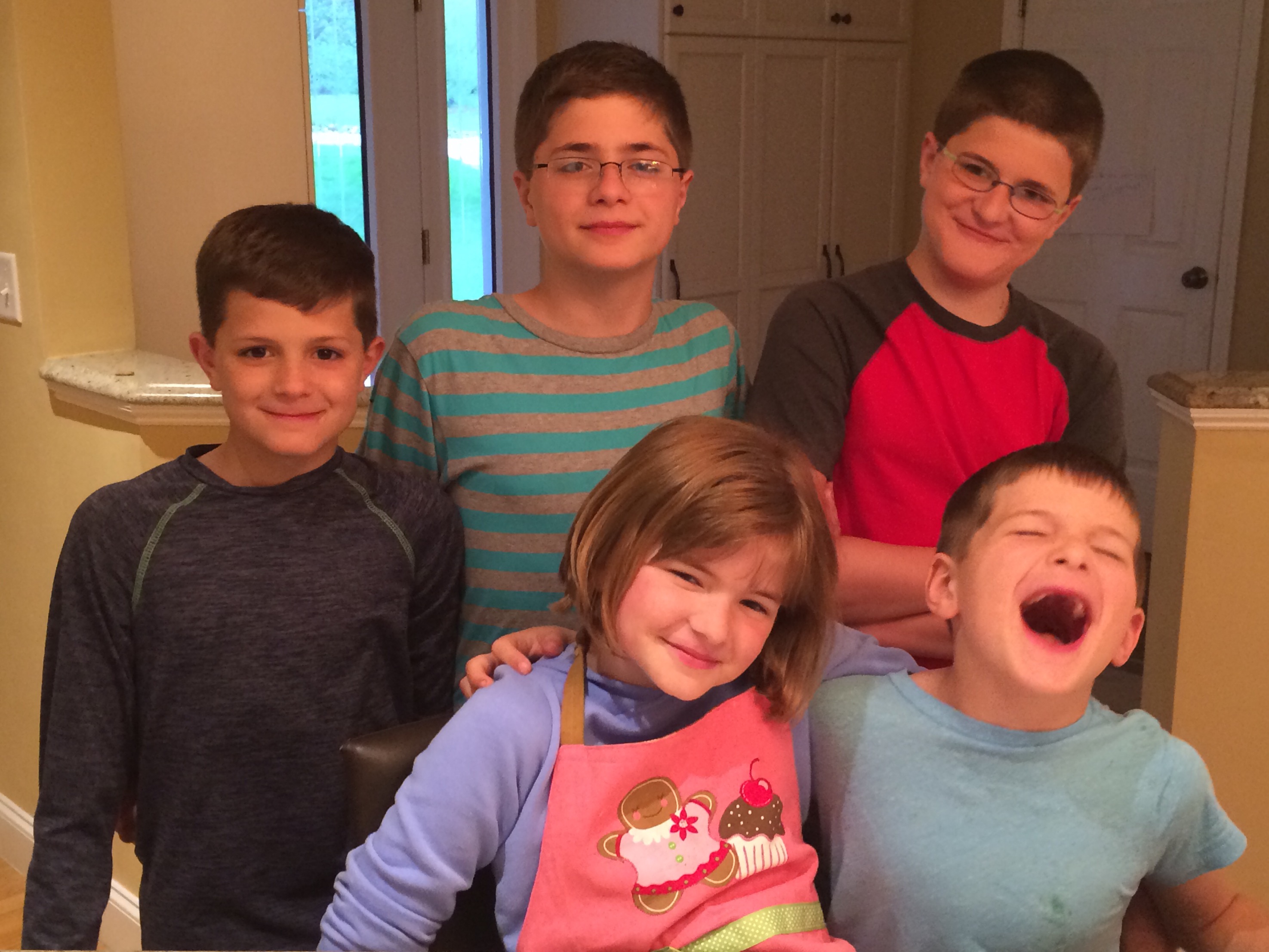 Twelve “Mommy, what does autism mean?”

Season’s greetings, friends and family! I am happy to report that, despite the challenges 2020 handed us, the Cariello family had a wonderful year. My husband Joe and I are doing well, and all five kids are happy, and healthy. Quarantine was a great opportunity to spend some real quality time together. We played lots […]

Forever Mother [ for·​ev·​er  moth·​er ]: a mother who will spend the rest of her life taking care of her child’s day-to-day financial and health care needs. She will arrange appointments, oversee medical care, and manage bank accounts long into his adulthood. I’m not sure when I started to think of myself this way. I guess it was […]

My name is Carrie, and I am raising a son with autism. It is exactly nothing and everything I ever imagined. The truth is, I’ve wished for a crystal ball ever since my son Jack was a toddler. I desperately wanted to see into his future. Would he speak in sentences?  Would he be able […]